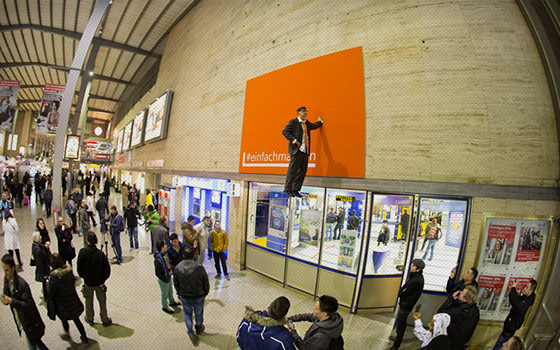 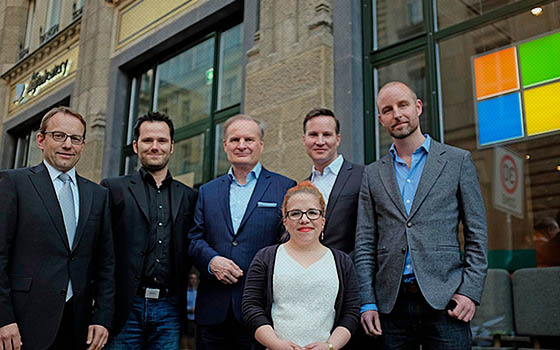 Simply do it - Microsoft #einfachmachen

Casually leaning against the wall, a man is floating at a height of four meters over Munich’s main station. He’s wearing a suit and orange tie, holding an orange Lumia Phone to his busy ear. Working weightlessly, anywhere. Impossible? Possible! In November 2013, Faktor 3 Live organized a performance by artist Johann Lorbeer to make a statement about weightlessly working anywhere in the digital world. His trick has caused a furor around the globe; in Munich, he picked up Microsoft’s Office 365 motto #einfachmachen. Interested viewers used the hashtag to track the campaign on Twitter, Facebook and Instagram.