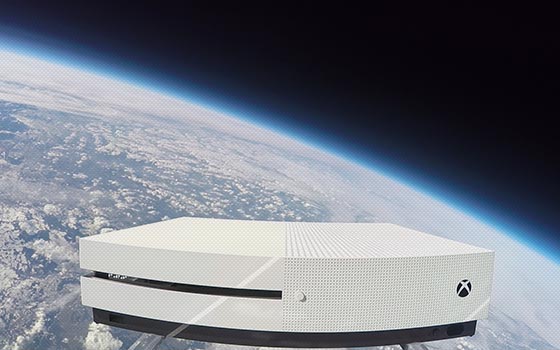 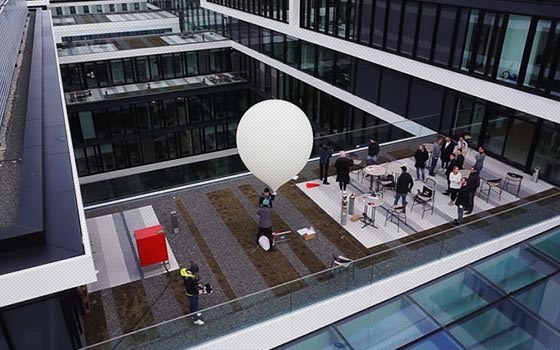 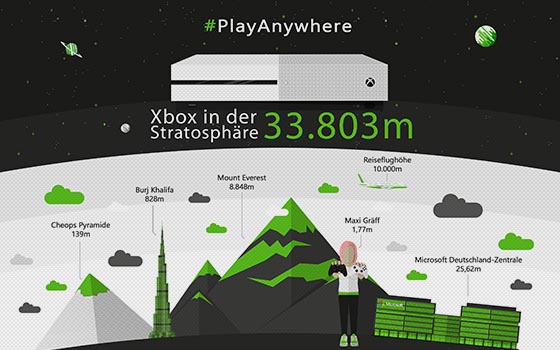 Xbox: Reaching for the Stars

Do you play your games on your PC or console? This sort of question usually prompts gamers to start religious wars – Xbox gamers though, have ended such trench fighting long ago: with the exclusive Play Anywhere feature it’s theirs to play on Xbox One and Windows 10 PC.

Play Anywhere – the feature of boundlessness. It took just one single picture to draw the world’s attention: by firing the Xbox One S into the front yard of the universe and taking pictures from the stratosphere, FAKTOR 3 created quite a stir around the globe. Playing Xbox in outer space – what better picture to represent the Play Anywhere message?

FAKTOR 3’s extensive content mix made the social networks squeal with delight: around 900,000 people witnessed the 80-minute Facebook livestream that demonstrates how the Xbox One S made its way into the stratosphere, finally reaching its highest point after almost 34 kilometers. Video snippets for Facebook and Twitter and a documentation on YouTube ensure constant attention.

FAKTOR 3 reached a total of around 3 million people on social media – also because the Space Xbox literally moved up to the top circle – for instance, Aaron Greenberg, Head of Xbox und Games Marketing, highlighted the campaign in a tweet. Two infographics including a feature story rounded off the spectacular PR coup with concise comparisons, emphasizing the launch of the space blockbuster Halo Wars 2.