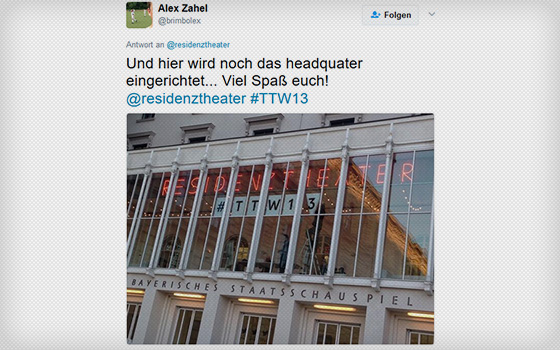 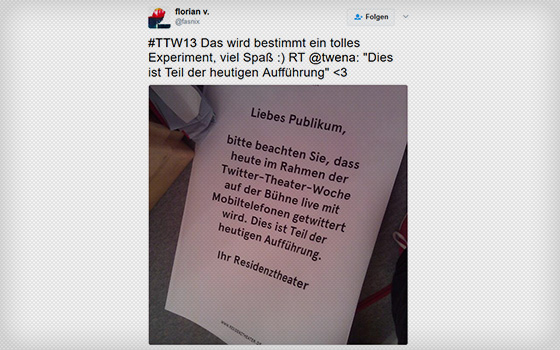 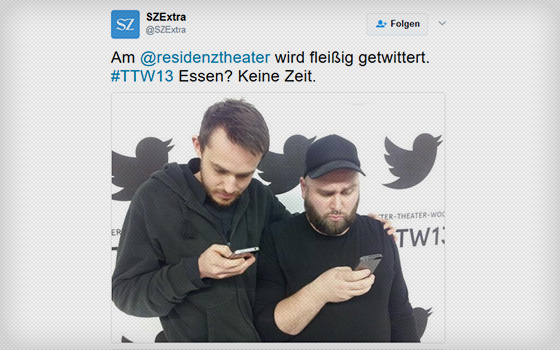 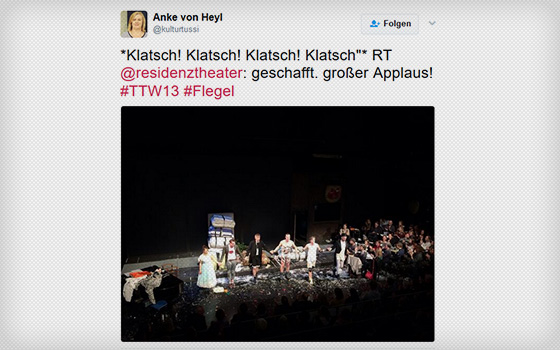 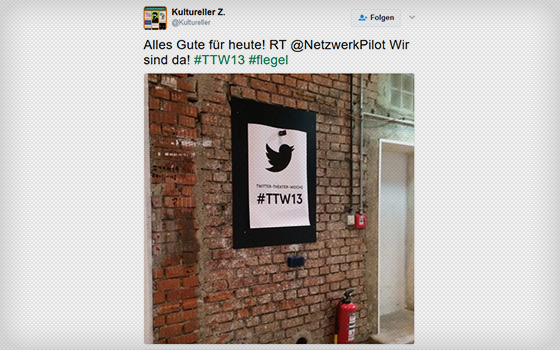 Twitter is what happens in the world. Even when it comes to culture? Sure! The Twitter-Theatre-Week initiated the conversation of the cultural section on and about Twitter, reached the cultural-interested and led to an impressive Twitter coverage in national feuilletons.

In cooperation with renowned theatres, FAKTOR 3, already responsible for the PR of Twitter Germany since 2012, organized the first Twitter-Theatre-Week ever. Using #TTW13 theatres offered one-week long exclusive insights into their daily routine, answered questions and surprised with impressive performances organized especially for Twitter.
back to top