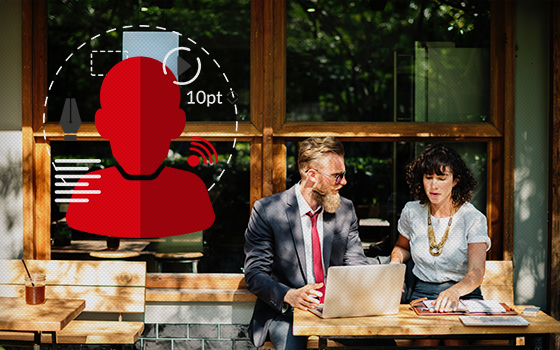 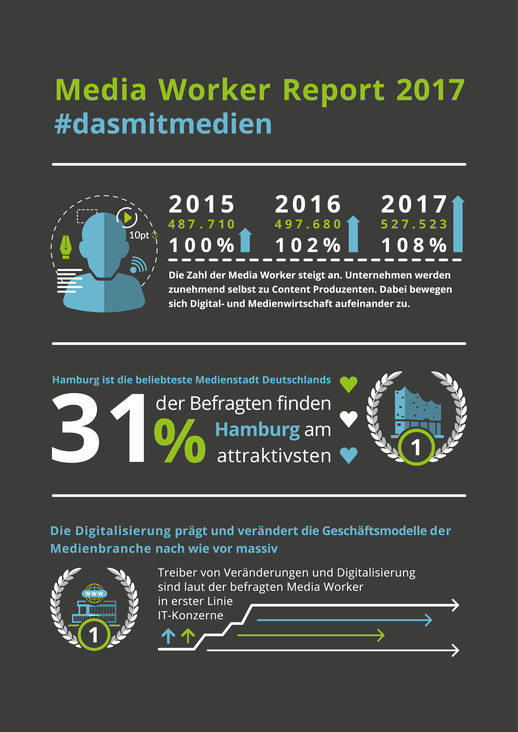 Together with partners and prominent minds, nextMedia.Hamburg launched the campaign "Hamburg. #dasmitmedien". The aim is a cross-sector debate on the future profile of Hamburg as a media location. At the centre of the discussion: the species of media workers. They work at the interface of content and technology - in media companies, as freelancers or elsewhere.

The scientific basis of the #dasmitmedien action programme is the Media Worker Report, which nextMedia. Hamburg has produced in cooperation with the professional network XING and the consulting company Deloitte. The study is based on a Big Data analysis of XING profiles and a media worker survey by Deloitte.