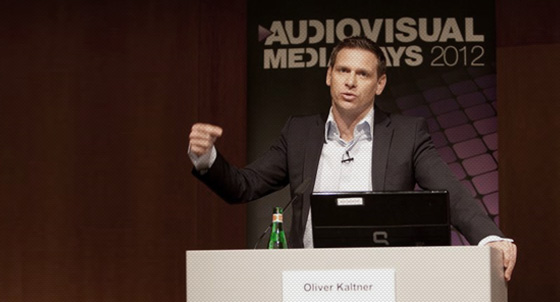 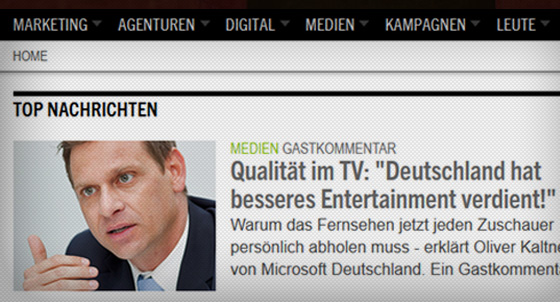 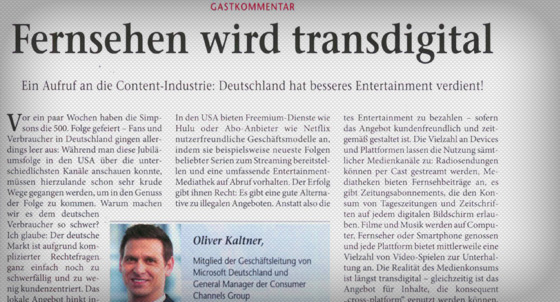 How we will be entertained tomorrow

With Xbox and the Windows ecosystem, Microsoft plays an important role and is an innovation driver in the entertainment industry. As part of positioning the Microsoft board, FAKTOR 3 developed the topic agenda "New entertainment" for Oliver Kaltner, member of the Microsoft Board and General Manager Consumer Channels Group.

In several fireside chats with journalists and at numerous keynote speeches, in interviews and by-lined articles, Oliver Kaltner discussed the importance of entertainment platforms such as the Xbox and thus fueled a new debate on the future of television.