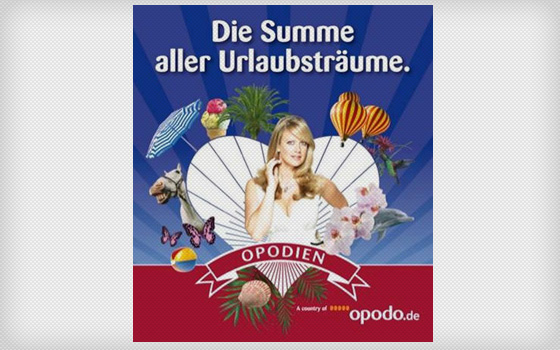 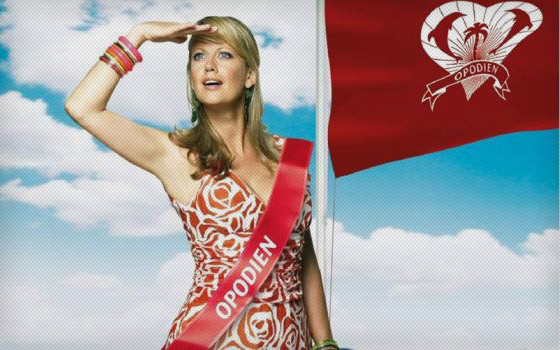 For the online travel agency Opodo, FAKTOR 3 developed an integrated campaign including media relations, online activities, events and advertisements and created a virtual holiday destination "Opodien". The project started with a kick-off event in summer 2007 and the official inauguration of its president Barbara Schöneberger a well-known German TV celebrity and comedian. Shortly afterwards this was followed by a visit to the All Nation Festival in Berlin. Other activities included the election of the minister of culture with help of a song contest "The Sound of Opodian", a photographic contest was held and various banner ad campaigns were inserted.